One-third of Pakistan has drowned in the recent floods that have displaced 33 million Pakistanis. The disaster has claimed 1,136 people lives since the “monster monsoon” (as it being referred to) began this summer in the country.

“The Pakistani people are facing a monsoon on steroids – the relentless impact of epochal levels of rain and flooding,” says UN Secretary-General António Guterres. The UN today launched an appeal for $160 million (€159.6 million) to help Pakistan cope with the catastrophic floods which have wiped out homes, roads and crops, causing more than $100 billion worth of damage, according to the government’s current estimates.

And while help has been promised from across the world by several country leaders, on ground, the catastrophe has given an opportunity for Kashmir jihadi groups to make a comeback across the country in the spirit of “helping” the affectees.

Banned Islamist group Lashkar e Taiba involved in terror activities in India, Kashmir and Afghanistan has resurfaced in all four regions of the country including Punjab, Balochistan, Khyber Pakhtunkhwa and Sindh. The group is raising funds for flood affectees while proselytizing about jihadi ideology, amidst it’s so-called relief efforts. Lashkar was banned by the Pakistani government but came back as Jamat ud Dawa, which has also faced restrictions, given its linkages to the Lashkar and involvement in Mumbai attacks 2008 which killed over 150 people, after jihadists crossed into India from Pakistan. Next, the group came back as Falah e Insaniyat Foundation (FIF) but was again banned by the Pakistani goverment under international pressure. This was the most recent crackdown which began some years ago and was perhaps the most serious of the crackdowns seen in years against such Kashmir focused Islamic terror groups.

But it appears that most of it was cosmetic given the group has once again made a comeback. According to an exclusive South Asia Press investigation, the group is now operating under the name Allah u Akbar Tehreek and is openly collecting charity and is involved in rescue and relief work alongside the Pakistani military, and other governmental and non governmental organizations.

Several photos, videos and eye witness accounts gathered by South Asia Press team show that individuals like Hafiz Talha Saeed, son of Lashkar-e-Taiba chief Hafiz Saeed (who was recently convicted and jailed for vague terror financing charges but may likely be released given he has been arrested and released several times over the past decade), is behind the revival of the group. Other prominent organizers include Hafiz Abdur Raouf, a close associate of Hafiz Saeed and Nadeem Awan, who is been affiliated with the group since it was called Lashkar e Taiba. According to our investigations, they are all the same faces and names that have been previously affiliated with Lashkar e Taiba, Jamat ud Dawa, and Falah e Insaniyat Foundation, and have repeatedly gone underground to reappear with new idenitities.

The most alarming aspect of them being at the forefront of relief and rescue efforts during these floods is that they are not only radicalizing and recruiting Pakistanis for terror activities at a time they are most vulnerable, they are also once again able to raise funds publicly via Pakistani financial networks, and have access to their “reportedly” sealed and confiscated buildings, disaster management equipment like boats, trucks, etc.

Below are some photos obtained by the South Asia Press team confirming the presence of Allah u Akbar Tehreek group across Pakistan, and several sources, including the group’s own members’ social media accounts confirm that they are involved in fund raising activities and they openly claim that these relief efforts are being done by Lashkar e Taiba/Jamat ud Dawa, now called Allah u Akbar Tehreek. 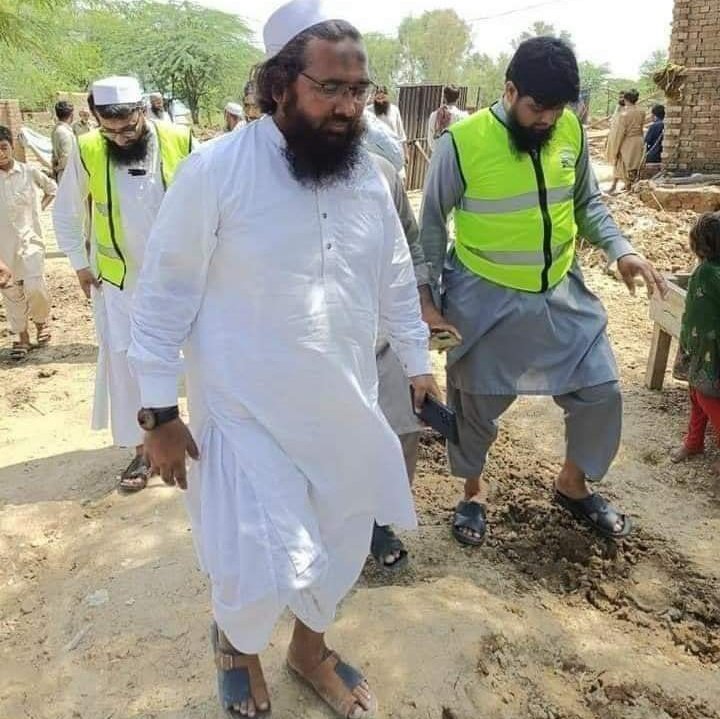 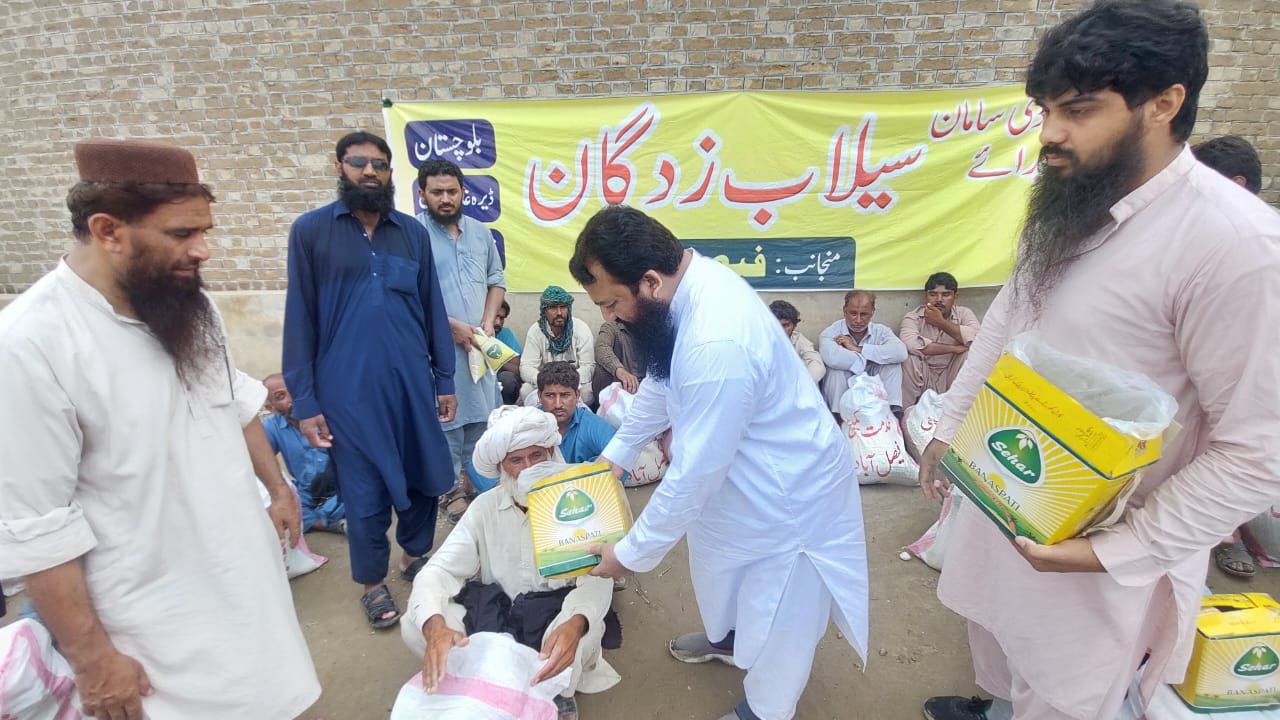 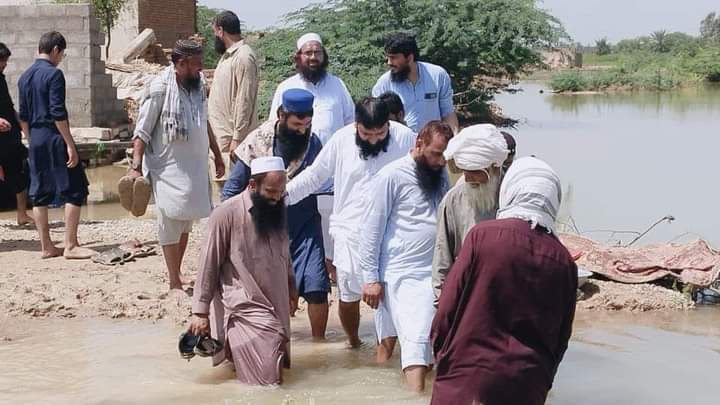 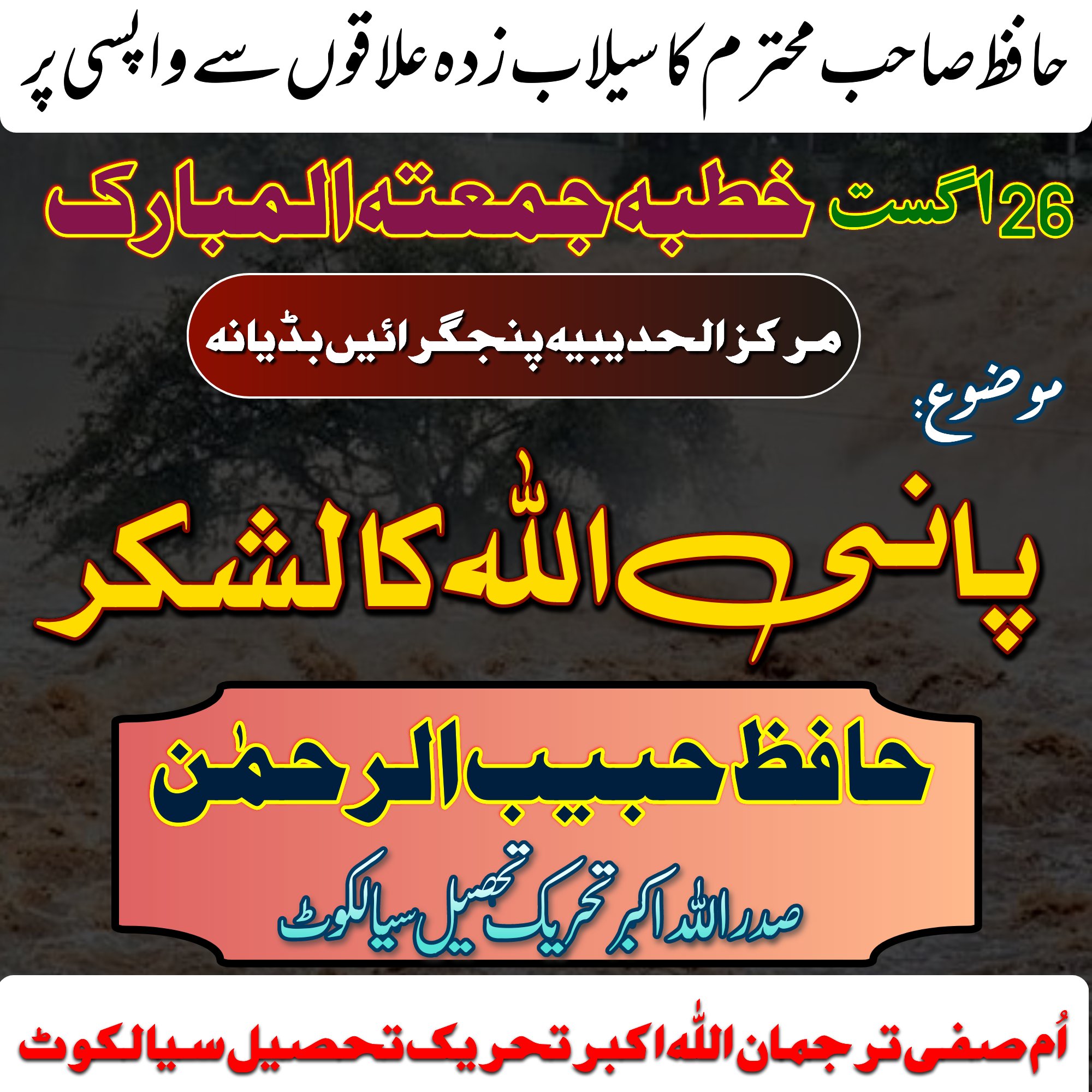 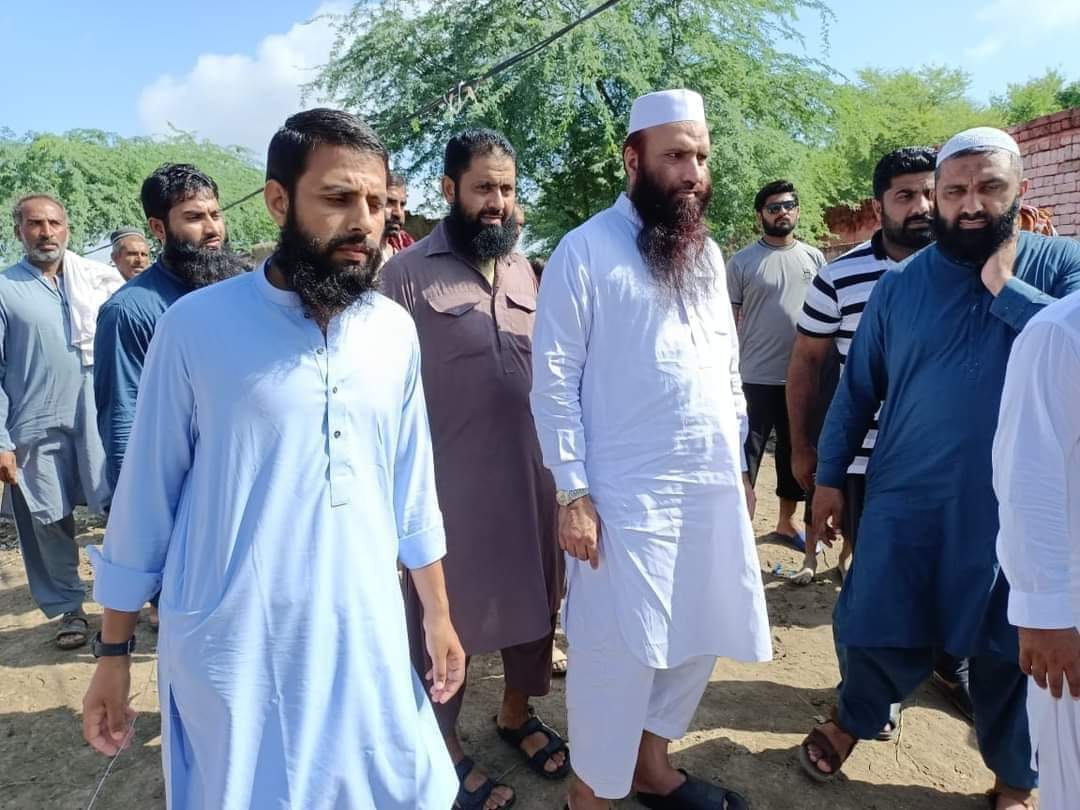 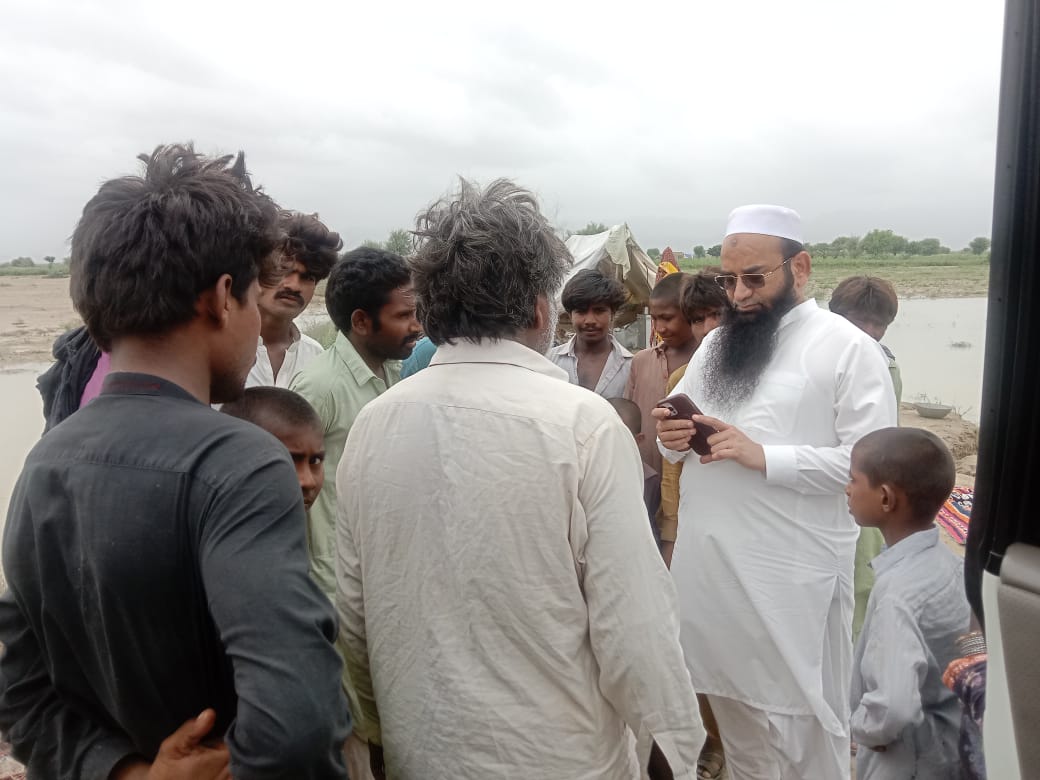 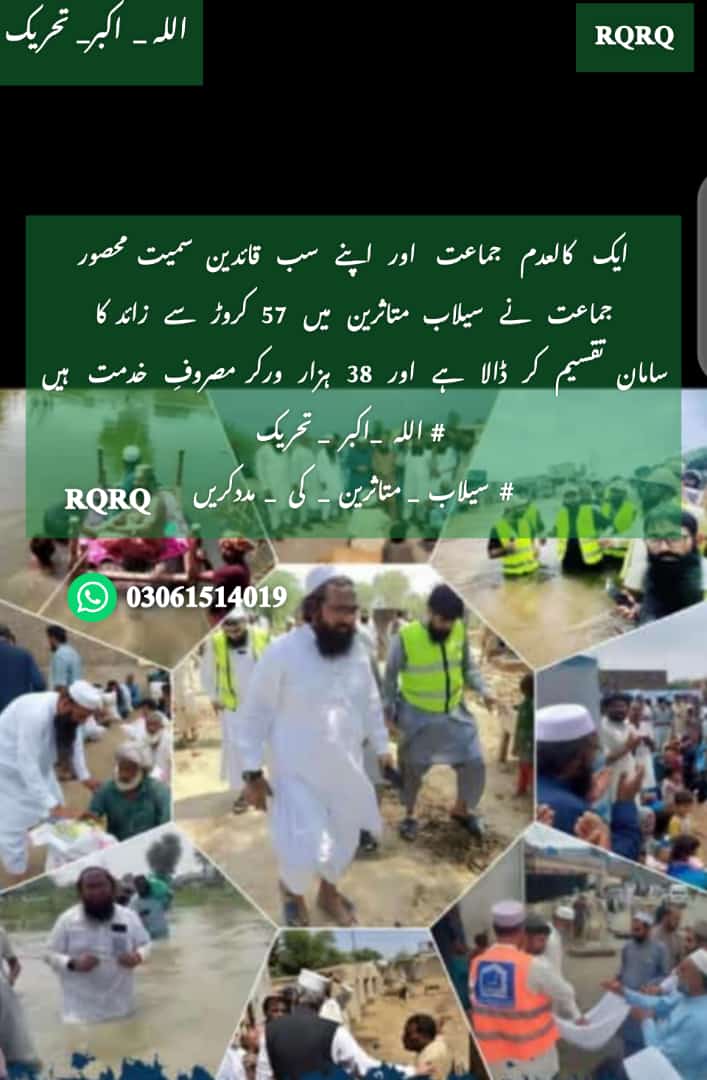 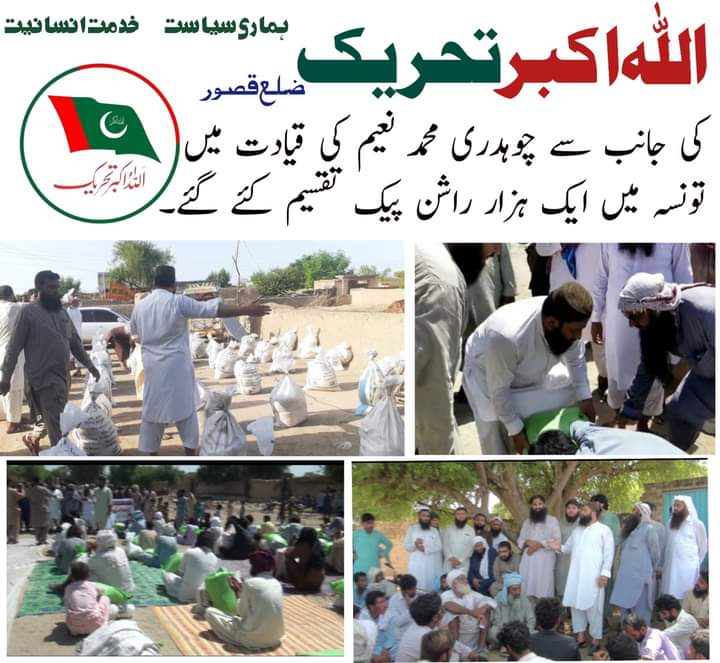 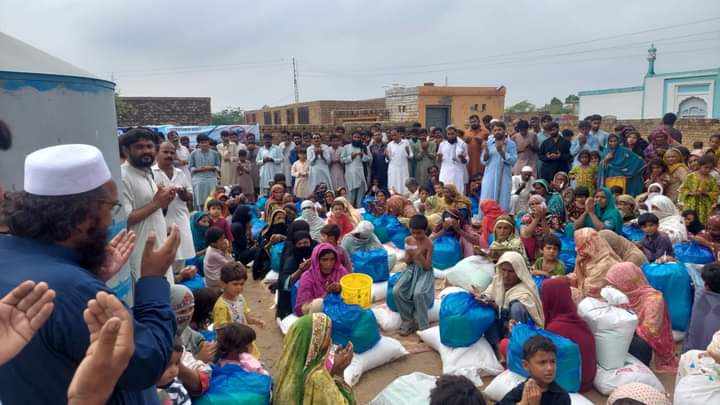 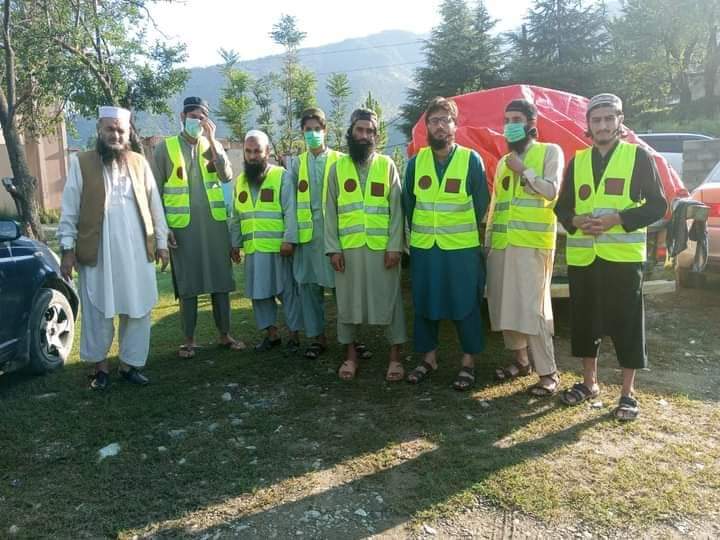 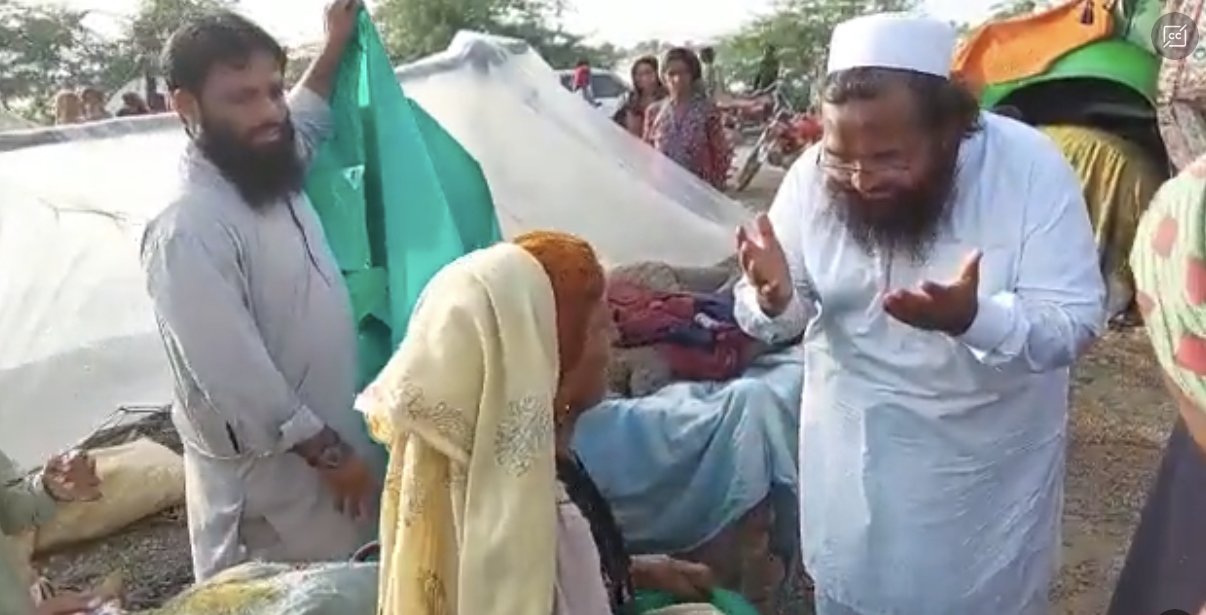 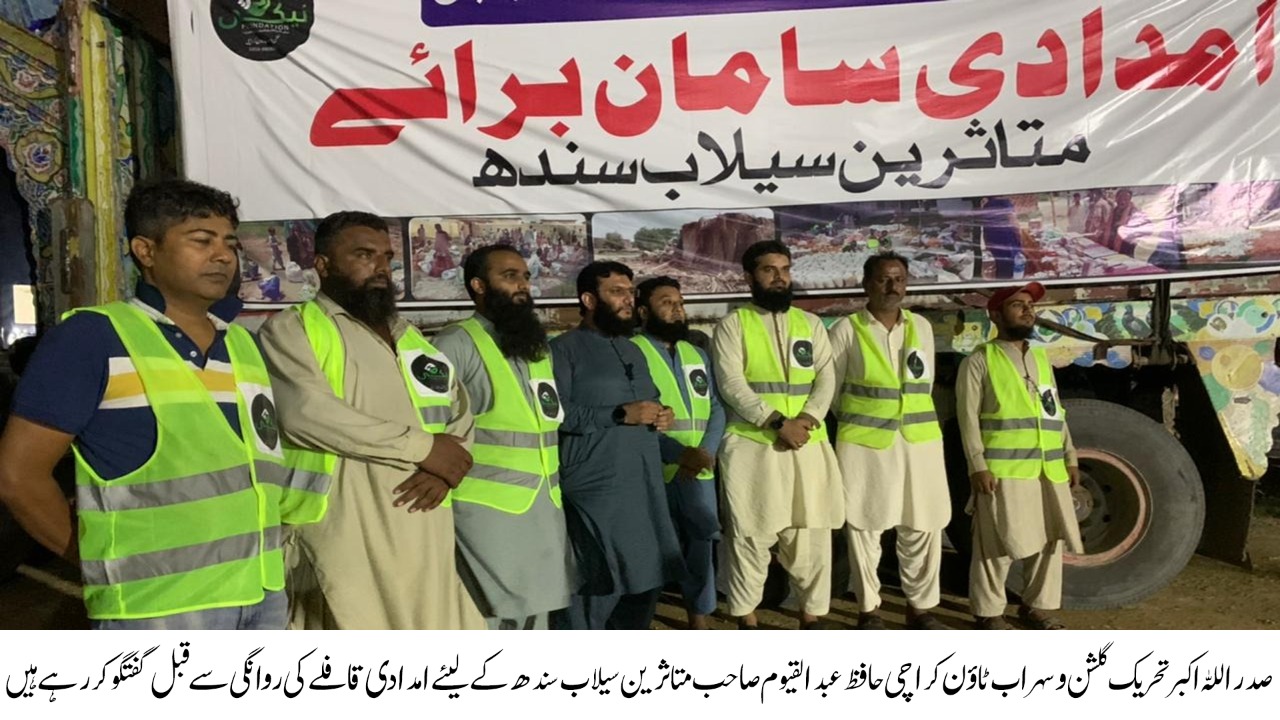 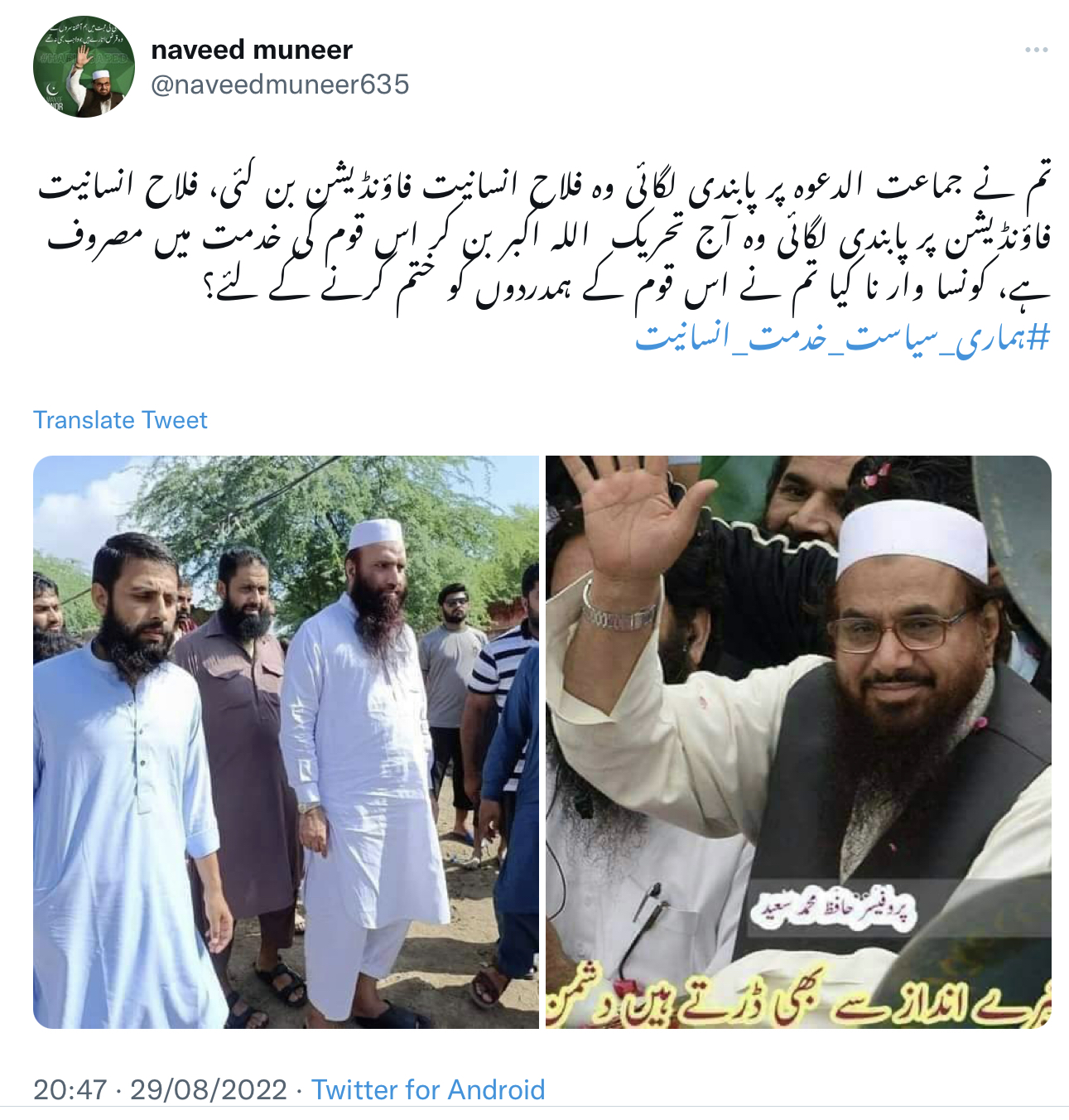 Secret Chinese Police Stations in Paris and other parts of the world a threat to democracy. Activists call for action.

Secret Chinese Police Stations in Paris and other parts of the world a threat to democracy. Activists call for action.