In what appears to be a repeat of the same old, a Lashkar-e-Taiba linked humanitarian organization with the name of Tehreek Allah-u-Akbar was seen at the forefront of rescue efforts in the calamity hit area of Murree city. The hill station experienced heavy snow fall that resulted in 22 people, including women and children, freezing to death in their vehicles, after being stranded and stuck on the roads, for several hours, without help.

Very little is known of this obscure group called Tehreek Allah-u-Akbar that came to the aid of those affected by this tragedy, except that it is headed by Saifullah Khalid, a close confidante of Hafiz Saeed, the head of Lashkar-e-Taiba (convicted in 2020 for terror-financing and sentenced, but continues to spend time at home, which has been converted into a sub-jail, according to media reports). Saifullah was also part of the political party backed by the terror group called Milli Muslim League.

Saifullah shared a video on social media being thanked by the people of Murree for rescue efforts that led to an investigation by South Asia Press and it was found that dozens of recruits who are allegedly affiliated with LeT were dispatched to provide humanitarian aid to those affected by the calamity. According to media reports, thousands of people were stranded in the area for several hours before help arrived. Social media platforms are flooded with photos and videos of the rescue efforts by the banned militant group, with several posts thanking Hafiz Saeed for coming to the aid of the people. But what comes as a bigger shock is that a senior Pakistani police official is seen thanking Jamat ud Dawa (one of the many names of LeT) in a video obtained by South Asia Press.

Yaseen Janjua, who is currently posted in the region, thanked the banned militant group, calling it by the name of Jamat ud Dawa, confirming that it was involved in the rescue efforts as much as other government departments.

Another video obtained by South Asia Press shows several people sitting in a vehicle thanking Hafiz Saeed for helping them, with a man saying some social activists (affiliated with Hafiz Saeed) came and provided them with food.

But these militants-disguised-as-humanitarian-workers were not just helping the ordinary citiens who were stuck, as seen in another video obtained by South Asia Press, in which they can be seen handing out food packets to not only the public but policemen and even military officials.

Interestingly, they can be seen wearing the same colored jackets that they have used in the past but it appears that they have tried to hide their previous affiliation by putting the name of Tehreek Allah-u-Akbar, hand-written over the old names, but the cover up seems obvious as seen in the photos below: 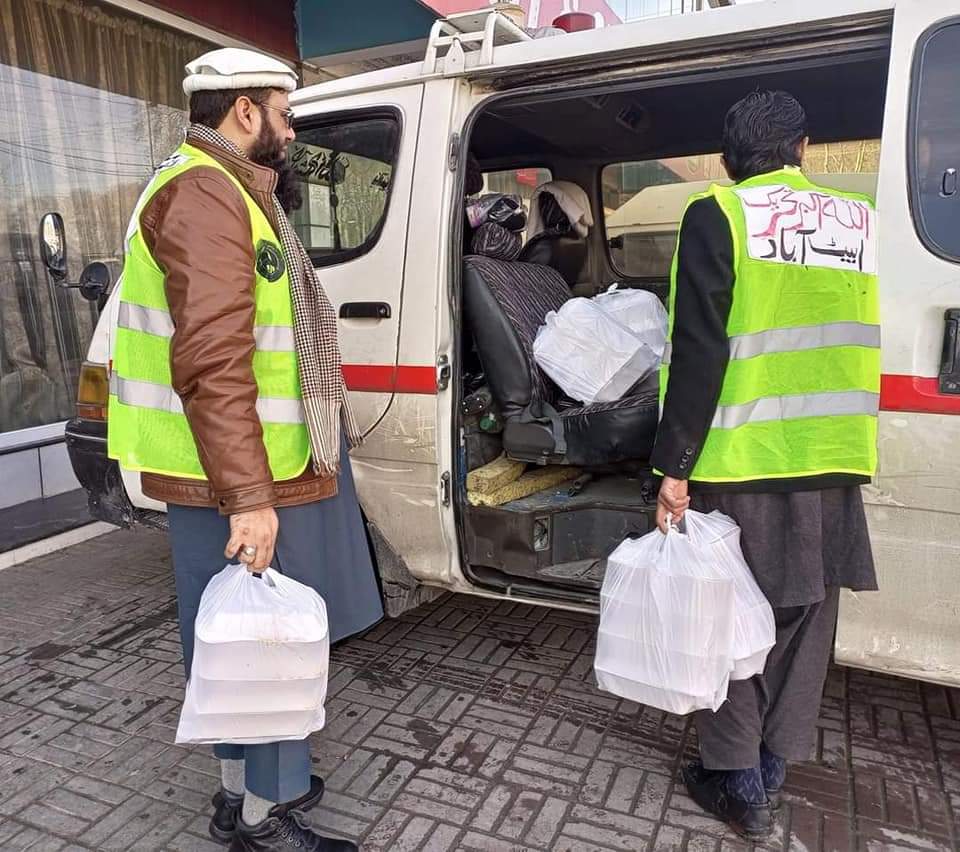 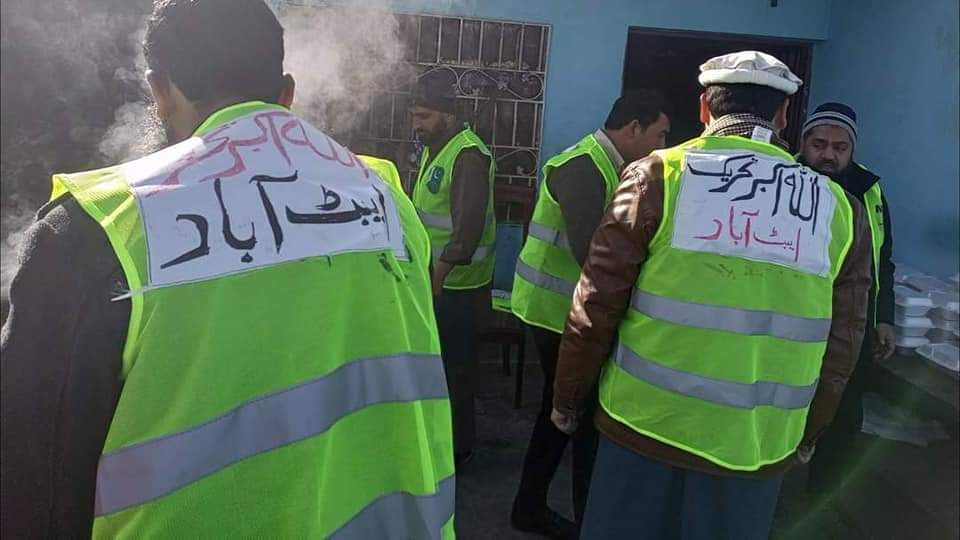 For last few years, the Pakistani government has claimed that it had clamped down on the activities of Lashkar-e-Taiba (recently known as Jamat ud Dawa and then Falah e Insaniyat Foundation). But the terror organization – known for its involvement in the Mumbai attacks of 2008 which killed at least 175 people – apparently went underground to ease international pressure on Pakistan, and has once again resurfaced with a new name Tehreek Allah u Akbar, but with the same old tactics. And it appears that such militants are still able to raise funds for their activities, as the rescue efforts in Murree show that the group has ample of resources available at its disposal.

LeT and other such Kashmiri jihadi groups have been softening their image using charity as a front, especially since the 2005 devastating earthquake in Pakistan and Pakistan-administered Kashmir, when such groups provided rescue, food, and shelter to thousands of Pakistanis affected by the natural calamity. But LeT does not do such acts for altruistic reasons alone. Rather it uses such opportunities to find recruits that it can dedicate to its terror activities in the region, especially to foment unrest in Indian-administered Kashmir and previously in Afghanistan also. Investigations on ground have proven that LeT finds vulnerable Pakistani families who are in need of aid, and by providing them help, it asks for youngsters in such families to be sent to serve the terror organization.

With the Murree tragedy, the group is active again and is using this incident to gain sympathy and subsequently recruits, which puts a serious question over Pakistani government’s claims that it is containing such terror groups.

With Pakistan’s review at the Financial Action Task Force (FATF) in Paris coming up next month, will the international monetary watchdog take some concrete action against Pakistan for continuing to allow such terror groups to openly organize and fund their activities? It is time that FATF must go beyond lip-service and make Pakistan accountable for its continued support to terror.

Why did the Pakistan Army Chief choose to stay low-profile in his recent visit to France?

20 years of “the Karachi affair” and worsening Pak-French ties