Has the Pakistani spy agency ISI infiltrated ISIS in Afghanistan? 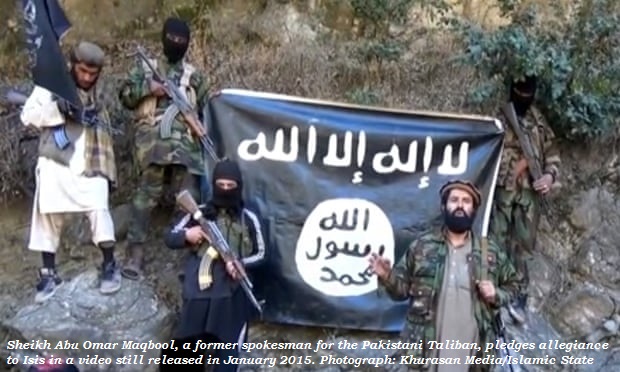 Afghanistan has seen a sharp rise in violence, particularly of terrorist attacks, in recent months as the Afghan government and Taliban hold talks to find an end to the country’s almost 20-year-long war. These negotiations are happening following the peace agreement Taliban signed with the United States, earlier this year in February in Doha, the capital city of Qatar.

But this current spike in terrorism acts in Afghanistan are not being claimed by the Taliban. Instead, the terror group “Islamic State of Iraq and Syria” (ISIL or more commonly referred to as ISIS) is increasingly claiming responsibility for these attacks in Kabul and elsewhere in Afghanistan, including for one of the recent deadliest attacks on an educational institution, that killed 50 people, mostly students.

In Afghanistan, ISIS claims to operate through its local branch called the Islamic State Khorasan Province, known as ISKP or IS-K which came into existence around 2015. Since then it has been carrying out acts of terrorism in the country but counter-terrorism experts in Afghanistan view these claims of ISIS with suspicion and believe that such statements are nothing more than just attempts by the global ISIS network to appear stronger than they are.

ISIS IN MIDDLE EAST AND AFGHANISTAN – ARE THEY CONNECTED?

“There has been no solid links between fighters from Middle East and Afghanistan so ISIS and ISKP/IS-K are not as interlinked as they may try to show. Most of the ISKP/IS-K fighters are from Pakistani Taliban cadres belonging to the tribal belt in Pakistan,” says Habib Khan Totakhil, an Afghan journalist who works with international media and focuses on terror networks in Afghanistan.

“Most of the time ISIS news agency Amaq takes responsibility of the attacks in Afghanistan but its like what the Taliban used to do before – claiming any and every terror attack in Afghanistan to appear more threatening than they are,” Mr. Totakhil further adds.

In August this year, Masoud Andarabi, who was then the acting minister of interior of Afghanistan, had also claimed that Shahab al-Muhajir, the newly appointed leader of ISKP/IS-KP in Afghanistan, was a member of the Haqqani Network, a group known to have close ties to the Pakistani military establishment.

Shahab Almahajir, the newly appointed leader of Islamic State of Khorasan Province-ISKP is a Haqani member. Haqani & the Taliban carry out their terrorism on a daily basis across Afg & when their terrorist activities does not suit them politically they rebrand it under ISKP.

Before Shahab al-Muhajir, a Pakistani national Maulvi Abdullah, who was earlier associated with Lashkar-e-Tayebba (LeT) used to head Islamic State Khorasan faction. Abdullah was arrested in April this year by Afghan authorities. His past links with LeT raise further suspicion of ISKP/IS-K infiltration by Pakistan-aligned groups.

It is no secret that LeT has had the backing of Pakistani military since its inception and that relationship continues even now, several reincarnations later. From Jamat-ud-Dawa to Falah-e-Insaniyat Foundation and recently as Milli Muslim League, LeT has been operating with relative ease in Pakistan, despite claims by Pakistani government of carrying out a crackdown against the terror group.

Following the arrest of the LeT affiliated militant leader Abdullah, Shahab al-Muhajir took over ISKP/IS-K but it appears that he is facing resistance within the group from his own subordinates who have accused al-Muhajir of working for Pakistani and Iranian intel agencies and other hostile militant groups.

In a latest video obtained exclusively by South Asia Press, ISKP/IS-K fighters have alleged that their current leader and some other fighters have gone rogue and are working as proxies for Pakistan and Iran intel agencies and militant groups.

“We, the Mujahideen of Wilayat Khorasan (WK) would like to inform the Caliph of Muslims Abu Ebrahim Al Qurashi Al Hashmi that the heads of WK have deviated from the right path and they are following the orders of Shias and intelligence agencies,” alleges an anonymous militant in this latest video statement exclusively obtained by South Asia Press. The fighter refers to Islamic State Khorasan Province as Wilayat Khorasan, its original name in Arabic.

The man further makes claims that ISKP/IS-K is collaborating with groups such as Al Qaeda (AQ), Haqqani Network, Lashkar-e-Taiba (LeT) and Afghan Taliban,

“They are only fighting for the sake of power and money and not for the supremacy of the Sharia,” the militant further adds.

According to him, these compromised ISKP/IS-K militants have also been leaking information to the Afghan intelligence agency about anyone in disagreement with them, resulting in the arrest of numerous foreign fighters and supporters by Afghan authorities.

“Some anonymous individuals belonging to the Pakistan intelligence agency and Iran, within the WK project are working to achieve their personal and collective interests. At present, the mujahideen and supporters are living in bad condition. Therefore, I request you to do something to revive the IS’s dominance, and appoint a just and pious man as the head of WK, so that he will become an example for the people not to follow the path of intelligence agent Shahab Al Muhajir,” the video concludes.

South Asia Press could not independently verify this video but security analysts familiar with the Pakistani and Iranian militant proxies operating in Afghanistan say the claims in this video give it authenticity.

“These claims are very much in line with the reality. There is growing frustration since few years among the ISKP/IS-K fighters against their leadership because the top has been infiltrated by Pakistani and Iranian intelligence groups and militant networks. Pakistan has been supporting Afghan militants for long, and Iran’s soil has been used by some Al Qaeda terrorists who fled after 9/11 and found refuge in Iran so both countries have strong linkages among different terror groups operating in Afghanistan,” says Hekmatullah Azamy, Deputy Director at Centre for Conflict & Peace Studies, Afghanistan.

Experts also believe that Iran may have infiltrated ISKP/IS-K to have eyes and ears inside, so as to know what is going on within Afghan terror networks. However, Pakistan has more sinister reasons for infiltrating ISKP/IS-K.

“With the previous proxies of Pakistan i.e. Afghan Taliban now engaged in talks, Pakistan needs an alternative to continue to serve its purpose of unleashing violence in Afghanistan and it can do so through ISKP/IS-K,” Mr. Azamy explains. “The bigger threat are not these groups, but Pakistan that continues to back Islamist militants in Afghanistan. Today its ISKP/IS-K, tomorrow it will be some other group. Pakistan needs to stop this,” he adds.

WHY DOES PAKISTAN SUPPORT MILITANT PROXIES IN AFGHANISTAN?

Since the 1970s, Islamabad has been supporting Islamist militants in Afghanistan to counter ethnic Pashtun nationalist elements within its own Pashtun populated regions and across the border, because Islamabad fears that a strong Pashtun nationalist movement can threaten Pakistan’s territorial claims on Pashtun regions next to Afghan border, and there might be a repeat of what was seen in East Pakistan in 1971 when it broke off from mainstream Pakistan and became independent Bangladesh, after the rise of an ethnic nationalist movement.

“The use of militants as proxies in Afghanistan has not been abandoned by Pakistan. There is no evidence that Pakistan wants to stop that or that it wants a peaceful and stable Afghanistan. The Pakistani government keeps saying it has given up on its so-called strategic depth policy about Afghanistan but on ground we do not see evidence of that,” says Afrasiab Khattak, former Pakistani senator and Pashtun politician.

“Pakistan’s policy [to destabilize Afghanistan] is quite entrenched and consistent. It has remained the same through the last many years,” he adds.